his past weekend Matt and I headed out of town, for the first time since October 2007…and it was without the kids! Everyone survived; even the kids. Of course by about Saturday afternoon Matt and I were starting to get homesick and missing the kids. It’s a good thing we’d booked the room for 3 nights, other wise we’d have been driving home the next day.

I really wanted to get away for a few days before Thing #5 arrives, and it’s also 15 years of being together next week. We’re also throwing in our 10 year anniversary in November, because I doubt we’ll be going anywhere. It was good to get away.

So, where did we go? The only place to go this time of year…south. I would love to say that we headed to the Caribbean for a long weekend or some other equally sunny and exotic locale, but we didn’t. We headed to Williamsburg, VA. I’ve wanted to go for a long time, particularly without kids {there are a lot of places I want to go as a family, but want to visit without kids first}.

We left first thing on Friday morning and drove to Fairfax, Virginia, where we met a loooong time friend of mine {whom I’ve never met before} at an Uncle Julio’s {never heard of it before, but it was really good!}. Katie and I were trying to figure out just how long we’ve “known” each other and we think at the very least 6 years, but now I’m thinking it’s more like 7 or 8 years.

We had to take the obligatory I-met-an-internet-friend-in-real-life-and-didn’t-die picture.

Back in the car it was to drive the last 3 hours to Williamsburg, which really took another 5 hours, because we hit traffic. We arrived, checked in to our hotel, and headed back out to find food. Fortunately, Cracker Barrel was still open for a bit longer.

The next morning we woke up to a lovely mizzle {Scotch for a misting-drizzle}, just enough to be miserable. Fortunately one of the things I really wanted to do at Colonial Williamsburg was visit the art museum’s quilts and dollhouses exhibits. There was a 1 hour talk about quilts in the 1700s which was very neat {they’re not quite the same as what you think of as a quilt today}.

The precipitation let up a bit after that and we walked along the main street of Colonial Williamsburg, heading to the King’s Arms for lunch. Matt had a roast beef au jus sandwich, I had a turkey sandwich and a slice of pecan pie for lunch….it was good. Not as “oh my goodness” good as  I expected, but we didn’t want to pay the $33/plate for dinner {we’re cheap}.

Afterwards we decided to walk around a bit more, head back to the room to rest, and go out to a movie that evening.

We visited a Movie Tavern, which was a new experience. It’s a regular movie theater, but you can order full out meals at the concession stand along with a bar. You sit down in the theater and they bring you your food: I had a pecan raspberry salad and Matt had a chicken sandwich of some sort. It was a neat experience, but I much prefer not eating my food in a darkened room. I said to Matt “So much for first dates of dinner and a movie, being a way to get to know someone…you can’t talk while you eat”.

We saw The Kingsman, which was good. It could’ve been better if they did away with some of the graphic violence and crude sex. {I will warn you, a couple of scenes were worse than zombie movies.}

Sunday was beautiful; weather 68*, sunny, but a bit breezy. We had a leisurely morning, then headed back to Colonial Williamsburg, to walk around and see the things we missed due to weather the day before. It was quite empty and very pleasant to just meander around and enjoy the sunshine.

Afterward we chilled out for a bit and then headed to Food for Thought for dinner…which was VERY good, definitely recommend it to anyone. I had the Farmer’s Harvest salad and the Eggplant Marinara, Matt had the Crababella {stuffed portabella mushroom}, we took dessert to go. We watched the last episode of Outlander, before it was bed and hitting the road home early.

It was a good time away, albeit too short {reality} and too long {kids}.

Email ThisBlogThis!Share to TwitterShare to FacebookShare to Pinterest
Filed under Marriage, Vacation

The Best of Life in the White House 2014

ere it is: My favorite and your favorite posts from 2014! {Click HERE to Pin It! for later}

How to Pursue Your Husband
Pin it for later

Why I’m Kissing Social Media Good-Bye
Pin it for later!

Are you an HSP? {and what you can do about it}
Pin it for later!

How to Make Your Own Freezer Pizza
Pin it for later!

Holiday Sauce | a Christmas Tradition
Pin it for later!

Taking the Stress Out of Christmas
Pin it for later!

Who is the Creator of Life
Pin it for later!

White House Renovations | The Before
Pin it for later!

White House Renovations | The Destruction
Pin it for later!

The Big Kitchen Reveal
Pin it for later!

While this next post wasn’t from 2014, it was the most popular post of all time on my blog from this year. I recently re-did the entire post, due to its popularity, with better graphics.

My Oma’s Spaetzle and Goulash {a Family Favorite} Recipe
Pin it for later!

How to Pursue Your Husband

You can find this post over on my new blog: Be sure to head over and check it out at JessicaMWhite.com 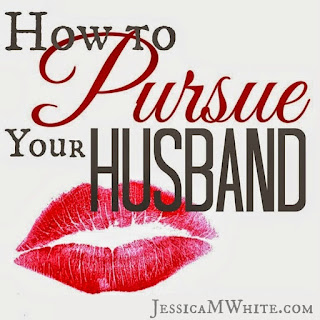